Prince Edward Island is one of eastern Canada’s maritime provinces, off New Brunswick and Nova Scotia in the Gulf of St. Lawrence. With red-sand beaches, lighthouses and an interior of fertile farmland, it’s nicknamed “Garden of the Gulf.” It’s renowned for its seafood, notably lobster and mussels. Charlottetown, the relaxed capital, is home to 1847 Province House, birthplace of the nation of Canada.

It is sometimes called “the birthplace of Canada” because of the Charlottetown conference, which led to the country’s formation. PEI is renowned not only for its lush farmland and beautiful coasts, but it is also home to a burgeoning economy centered on agriculture, tourism, and fishing. 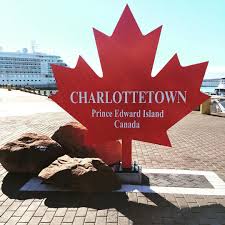 The PEI PNP is Prince Edward Island’s Provincial Nominee Program. Through this program, prospective immigrants with the skills and experience targeted by the province may receive a Prince Edward Island Provincial Nomination Certificate, which will allow that foreign national to apply for Canadian permanent residence with processing times that are faster than other Canadian immigration classes.