Nova Scotia (also known as Mi’kma’ki and Acadia) is a Canadian province located in Canada’s Maritimes. The region was initially occupied by Mi’kmaq. During the first 150 years of European settlement, the colony was primarily made up of Catholic Acadians and Mi’kmaq.

The province is composed of the Nova Scotia peninsula, Cape Breton Island, and over 3,000 smaller islands. Its capital city, Halifax, is known as a major centre for culture and the arts, as well as for its high standard of living. . 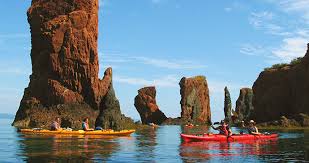 The NSNP is Nova Scotia’s Provincial Nominee Program. Through this program, prospective immigrants with the skills and experience targeted by the province may receive a Nova Scotia Provincial Nomination Certificate, which speeds up the overall immigration process.

The NSNP accepts applications under the following immigration streams: